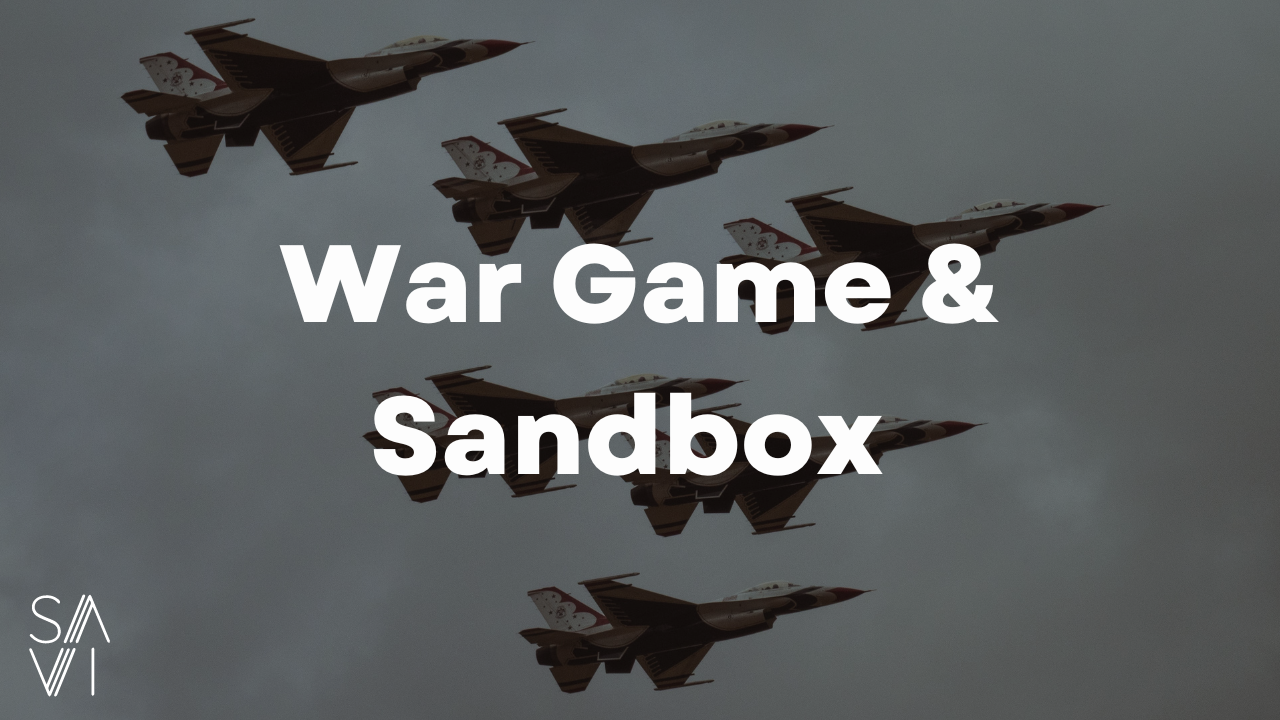 Happy Friday to everyone getting excited for their upcoming season.

In light of all the new subscribers and in preparation for your season, I'm re-sharing this one with some updates.

You can't give away what you don't possess. So how are you better? What tools did you add to your coaching game? Will you create…except those who aren’t planning their practices as diligently as you would expect your players to prepare. Will you communicate with greater clarity this season?

Let’s go all in on preparation, I’m here to help. Let’s get better at designing practice, rather, let’s get SAVI.

Remember, our practice planning is not intended to achieve outcomes, but rather to build a process that returns compound interest over time. It’s not what you do that creates a championship program, it’s how you do it.

Years ago, there was a lot of concern in the Pentagon when North Korea got access to nuclear material. It escalated the ongoing tension in that part of the world. The greatest military minds began to plan for the worst case scenarios of military escalation. The prepared, or rather practiced for the most important test of their skill.

After years of planning, the US military still didn’t feel prepared. So they brought in an outside expert. Someone who had lots of experience creating open-ended games. This expert took the top Generals through “War games” over and over. He established the objectives, the scoring and the rules of the game. They drew sides and then played it out.

Each time they played a War game something unexpected came up, something they had never planned for. It informed the leaders and improved the performance of the military. It can do the same for you and your team.

War games in your practices will...

While establishing War games on your team will benefit your players and provide clarity of role. They are primarily for YOU as a coach. You can have better practices and be better prepared this season if you plan War games and observe during those times. Most coaches miss things when they are fighting every battle with their players. That is when dangerous blind spots develop because you are busy correcting and motivating all practice long.

A War game is as similar as possible to a real game in order to test, measure and identify what we need to adjust.

Here are five things you can observe and measure in War game scenarios:

Your ability to assess those five things and address them will determine your success this season. Exponentially more than yelling at Timmy to make a pass. By the way, if Timmy is your best player and decision maker, maybe he shouldn’t pass it very much. Let’s War game it and find out.

A War game is a way to approach and test your assumptions. Resolve questions and conflicts of opinion and prove things to players when they have questions.

But if you only test yourself constantly, you won't have time to study, learn and improve the areas you expose in your testing.

So you MUST balance your War games with Sandbox time.

In Daniel Coyle’s book “The Talent Code” he examines talent hotbeds around the world. These places that are outliers in producing the worlds best performers in sport, music and business. What he found should change the way you design your practices.

I will simplify the book in one sentence for you, but go read the book if you haven’t.

Most practices don’t create an environment for deliberate practice and chances are you are missing the boat along with most coaches.

Deliberate practice in its simplest form, is performing an act with clear intent.

When a mistake is made, self correct the mistake, doing it over correctly and increasing the challenge in pursuit of the next mistake. Then repeat the process.

So, how are you missing the boat?

You don’t have planned sandbox time in your practices. Sandbox time is where you create an environment that is OPPOSITE to what a War game is.

Sandbox time is where players can get messy, learn, play, make mistakes, correct them, do things they don’t get to do in games and try to expand their skill set. We are not evaluating players execution during sandbox time, and they need to know that. They won’t earn or lose playing time when we are in the sandbox, they are getting better and we are helping them do so.

Here are five reasons you must have sandbox time in your practice:

Your ability to create a high functioning Sandbox will determine whether or not your team levels up this season.

Oh, and remember, sandboxes are messy, sand gets everywhere, it agitates, and it often looks like chaos.

Adversity strengthens, while most coaches run away from the sandbox, a SAVI coach embraces the mess, knowing that's where the magic happens.  Which is why a SAVI coach can leapfrog more talented programs if they have the courage to go digging in the corners.

If you are still reading, you are probably intrigued by the concepts and bordering on convinced. You may not know where to start. Let me tell you.

Perfection is the enemy of growth.

Move and the way will open.

Principle: Designate and communicate whether you are in Sandbox time or War gaming in each progression. This will allow players to maximize their development or their performance accordingly.

Here is a typical practice plan for our SAVI coaches.

I help coaches, leaders and teams become the best versions of themselves.