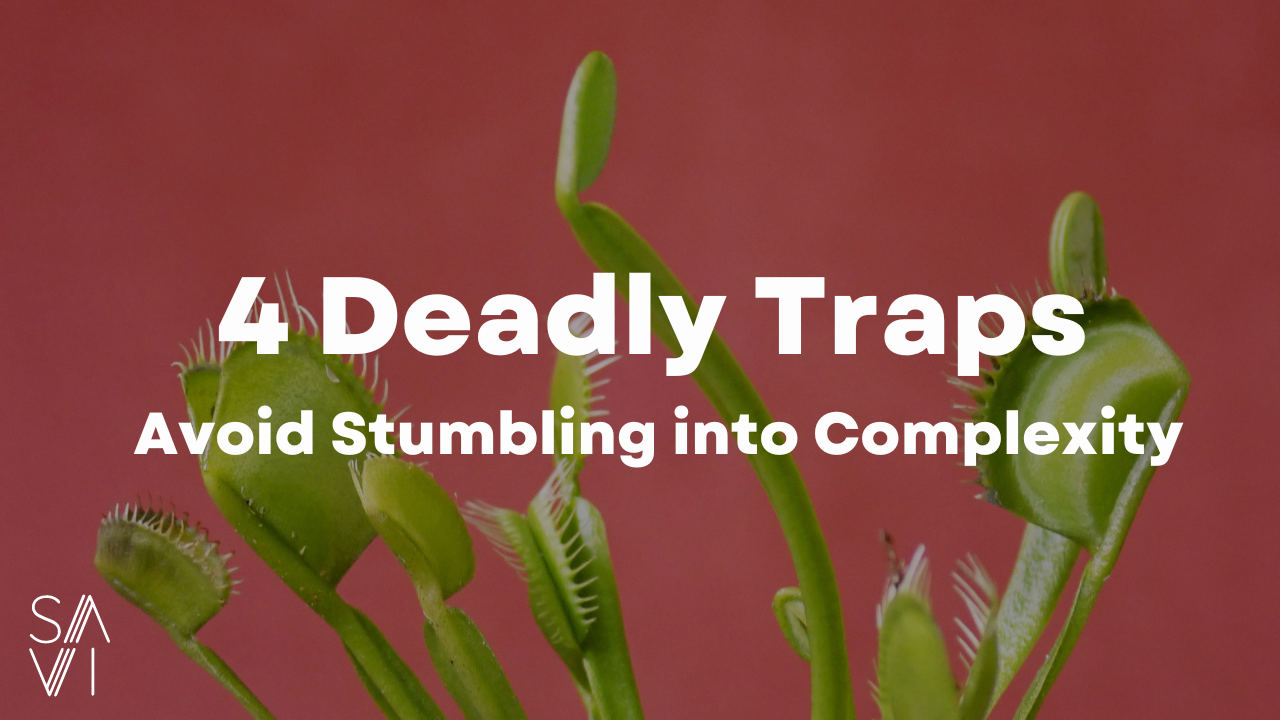 “What are you focusing on this season coach?”

When I ask coaches this question, I get a LONG list of everything they’re concerned about or wanting to add this season. I tune out after idea number 5. Great coaches narrow their list down to one.

Here are four common traps that can trip you up this season, as well as a FOOL PROOF method to help you narrow your long list down to the thing that will unlock your teams potential.

Trap 1 – Don’t let what perturbs you, control you.

You probably have something that really upsets you. Maybe it's laziness or maybe it’s bad shot selection. Your pet peeves upset you, and therefore drive your focus, distracting you from what actually drives winning.

When frustration strike’s, STOP, zoom out, and spend time on the things that you established as important in advance. Errors will upset you and the trap is to attempt to address each and every one. Don’t run a practice that makes you feel good at the expense of your teams improvement.

When you address issues with plays, you enter a maze with no exit. When you work on completely different plays for particular teams or add a new drill for each skill you want to teach, you’ll address the symptom but leave the sickness uncured.

If you spend an inordinate amount of time on a single baseline out of bounds for two or four points a game, but don’t teach your players how to get open, you’ll be changing your plays as soon as they’re scouted, and you’re locked into 20 minutes a practice for the rest of your life.

“I have a play for that” is chasing your tail. It is procedure based coaching. If done, you won’t improve your team over the long haul and it will lead you to (procedure yourself to) death. Instead, identify principles to actually improve your team and commit to the process teaching players how to play instead of teaching plays.

Whenever there's an issue, a challenge, or a problem to solve… zoom out to the greatest principle, apply that principle and let the players figure it out and fix it as needed. The “I have a play for that” trap will have you chasing drills, chasing plays and spending most of your time teaching procedures. This won’t actually improve your team or build something sustainable for the long run. You'll constantly search for the next play, or the next drill for the rest of your life, without actually improving or getting better. (Now, that’s a scary thought).

If you have a play for each situation, then you have too many plays and you’re doing too much.

You can fail from a courageous decision or from a fear driven one. Which failure do you want to risk?

There’s lots of things coaches are afraid of. Fear that you’ll look bad, fear that a player won't buy into what you're doing, fear of the assistant coach's opinion, or fear of players quitting your team. All of these things are very painful. Don’t let your fear of that pain trap you.

Remember, the right thing is the right thing, if it's the identity of your team, fight that battle once and never again. Say, “This is the standard we hold.” Because you can’t operate from a place of fear. You can absolutely operate from a place of inclusion and collaboration. You can give autonomy and responsibility. But the way that you do things, your culture is not up for debate.

If a player, coach or parent is not going to commit to the way that you do things, it doesn't mean you love them any less, it just means that they need to go sit on the side. Because over here, on our team, our way is the price of admission. And the way that we do things (identity commits) is that we commit to doing it this way every single day. Because over here, we do it like this.

The trap of justification and excuses comes out of fear. It’s a trap that will cause you to experience a death of a thousand cuts. Every compromise, or excuse or battle you choose not to fight will hurt you a little. Every single day. Holding your identity, committing to your identity, and holding the standard is going to hurt now or it's gonna hurt later. When you hold the standard, it hurts. As a coach, you could get hurt from your player getting hurt, Maybe it's an uncomfortable conversation. But it's either going to hurt now or it's going to hurt later. You get to choose when.

And the courage to hold that standard is what separates great coaches from good coaches.

Avoiding pain and making fear based decisions will lead you to doing too much and doing it poorly. Dare to lead from courage and you’ll find a whole new level of clarity. With less to feel anxious about, you’ll find your list shrinks and your focus narrows.

Trap 4 – Downhill with no breaks

Have you ever been firing through practice coaching away, feeling really good about yourself, just in the zone… and then you realize that you’ve lost everybody’s attention?

As coaches we get running downhill and we don’t have a system installed to stop us when we get going. No Breaks.

This FOOL PROOF method will be your breaks and your guardrails for when you get complex. Whether complexity comes from pet-peeves, a too robust playbook, or avoidance of pain. Complexity just leads to confusion.

Follow this fool proof process, to avoid the trap of overcomplicating and overreaching.

Step 1 –  Identify the “single thing” that your team must get better at this season.

Start by listing EVERYTHING you want to improve. Then re-order the list by importantance.

Ask your coaches and players to order the list.

Once you determine the MOST IMPORTANT thing - Name it and post it where everyone will see it daily. Write, read, and talk about that thing daily.

When you write your thoughts, it leads to high clarity. Determine the language that every person in your program will use to talk about that thing. Make sure everyone's using the same words to eliminate confusion and ensure understanding. You want to get to a place where everyone knows what their one job is. A place where there’s zero excuses.

Step 2 – Find a way to measure that thing.

Measure it in practice, in games, and share the results where everyone can see. When you measure something and put it up for everybody to see, the number will get better, the thing will improve. Measurement is magic.

Step 3 – Do steps 1 & 2 until that one thing is a part of your identity and it’s automatic.

When it’s automatic, players will do it thoughtlessly. Once it's a habit, go to your list, and pick the next most important thing, the thing that will have the next greatest impact, and follow the same process.

Work until it’s a habit for your players, move down the list. There's no set amount of time that you need to work on that thing until you have it. It takes what it takes. It's hard. It's hard to stay focused. Inevitably you're gonna get better at other things while you're prioritizing the main thing. Inevitably you will correct players and coach them on other things. But we're not prioritizing high clarity, measurement, and making them automatic until we see the MAIN THING become automatic.

When you do this, you’ll avoid the deadly traps that lead to over-complicating.

Apply it this season and enjoy coaching like never before.